Ceremony in the Stillness 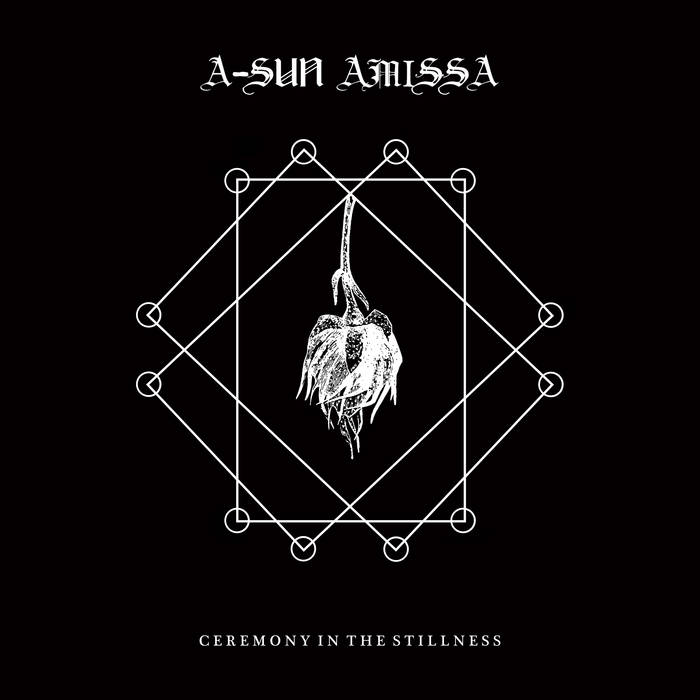 For its fourth full-length, A-Sun Amissa plunges deeper than before. Guitars come to the fore. Heavy, distorted chords are present from the off, complemented by desolate ambient passages of sound. The claustrophobic atmospheres remain but combine with a new density and sonic experimentation to present a huge leap forward in structure and composition.

Ceremony in the Stillness hints at themes from the previous three outings while very much pushing the project into new territories. The intricate nuances and lulling melodies from Desperate in Her Heavy Sleep (2012) reappear while the billowing guitars of You Stood Up For Victory, We Stood up For Less (2013) are referenced throughout. In comparison to 2017’s The Gatherer it’s clear there is a firmer direction in the song-writing as the album weaves through elements of doom, dark ambient and post-rock, placing its very own unique mark firmly into the ears of the listener.

A-Sun Amissa is the project of Richard Knox (founder of Gizeh Records and member of The Rustle of the Stars, Shield Patterns and Glissando) and while Knox takes the central role on Ceremony in the Stillness, again we see several collaborators contributing to the record.

As album opener The Black Path unfurls, the cello of Jo Quail creeps through the thick wall of guitar to offer a moment of calm before the song comes to life with the introduction of drums (from Archelon’s TJ Fairfax) for the first time on a A-Sun Amissa record. Alongside a dense and hypnotically repetitive riff, it’s A-Sun Amissa’s heaviest moment to date as the song collapses under its own weight to leave a crumbling and uneasy passage of cello and guitar drone. Intertwining guitars take centre stage on the melancholic With Wearied Eyes as the atmosphere harks back to the debut album, before the hefty guitar riffs return on To the Ashes. The Skulk reminisces on The Gatherer as David McLean’s saxophone unravels around the ondes Martenot of Christine Ott amongst a shifting tide of oscillators and drones. The record then takes a turn as No Perception of Light’s soporific opening gives way to a mesmerising beat and bassline, developing into a wall of crunching guitars and electronics. The closer, Remembrancer, features chiming guitars, conversing over bowed strings, the melancholy returning again as an enveloping, haunting orchestral outro brings the record to a conclusion.

Whether Ceremony in the Stillness represents a permanent shift in direction for A-Sun Amissa remains to be seen. What’s clear is that Knox is comfortable being on the outside looking in, and on expanding A-Sun Amissa’s palette of sounds even further it only adds to the intrigue of what comes next.

Quelle Chris joins the show to discuss his most recent release, "DEATHFAME"